In January 2016 we set off to visit St Helena, last exile destination of Napoleon Bonaparte just over 200 years earlier and where he died in 1821. Our journey took us via Ascension Island, a strange dot in mid-Atlantic which boasts the second-longest runway in the world – in case of emergency landings by the US space shuttle – and a population that never ages beyond sixty-five. Home to both British Royal Air Force and US Air Force personnel and to telecommunications companies who have been there for over a century, Ascension does not allow anyone to remain living on the island either beyond the age of eighteen if unemployed or beyond retirement. As a result, the cemetery in capital Georgetown, with its unusual above-ground burials for local inhabitants, is a particularly poignant place with none of the consolations of ‘a good innings’: the graves of infants and of men in the prime of life are set alongside the more conventionally buried war dead from both the First and Second World Wars, when Ascension was the nearest burial spot for a number of naval casualties.

About St Helena I knew a little more before we set off on our travels: because of its Napoleonic connections I had scoured a local charity bookshop and bought a number of volumes relating to Bonaparte but had only succeeded in reading one before our departure. Paul Johnson’s book was a readable and useful summary on the man and his history but I cannot honestly say that I retained much detail. 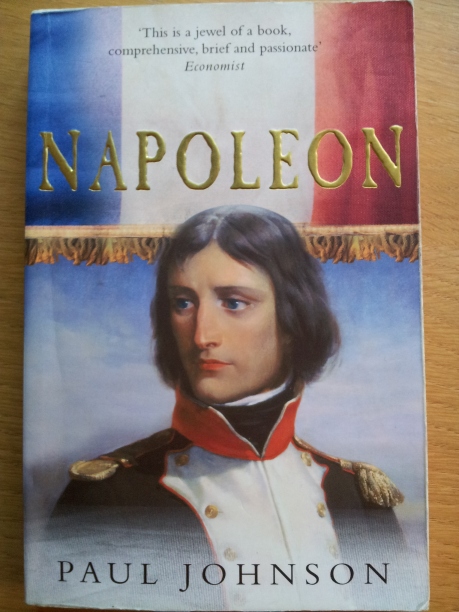 However, during our brief outward stopover on Ascension I borrowed from the hotel lending library – knowing I could return it three weeks later – a work of historical fiction published in Australia in November 2015 and not available in the UK until later in 2016. Entitled Napoleon’s Last Island, by Tom Keneally, I devoured this book over the next three days – probably my fastest read in many years, aided by the absence of all television and modern communications during our Atlantic journey on the RMS St Helena. It confirmed for me that well-researched historical fiction, in which the essential framework of a story comprises the facts as far as they are known, leaves me with new knowledge far more effectively than straightforward historical biography. The story of Betsy Balcombe and her family, who played host to Bonaparte for ten weeks before he could be settled at Longwood for the duration of his exile, set the scene for a number of our expeditions on St Helena and as we visited her former home at Briars Pavilion, Napoleon’s residence at Longwood and the site where his body lay interred between 1821 and 1840, I ‘recognised’ them and could add colour and depth to what I had so recently read. 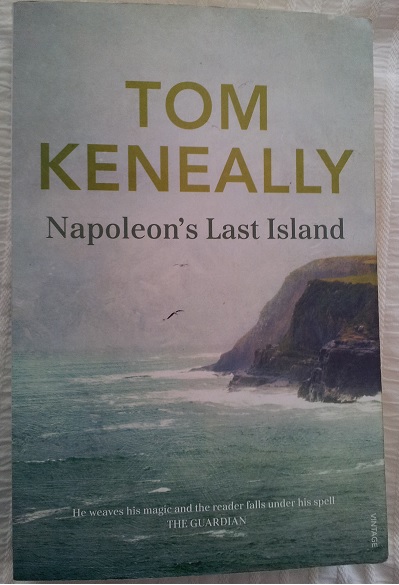 Having finished Keneally’s book, I returned to one I had already started to read before we left the UK, one of four apparently disparate books that I had put into my luggage in the slight hope – more than realised as it turned out – that I would have the opportunity to spend more time reading than at home. Antonia Fraser’s autobiography, My History, was a good read and I will be adding her earlier volume, covering her life with Harold Pinter, to my wish list. I first read her Mary Queen of Scots in my teens and went on to read a number of her other historical works. Although I thoroughly enjoyed them all, it seems that, unlike me, she discovered early on that straight historical biography was her great love and so in her own reading she moved away from historical fiction to the more scholarly works of which she has gone on to be such a great exponent, while I have tended towards the writings of Philippa Gregory and others for my history lessons.

There was a bit of an Oxford nostalgia theme to my next book choice – but not unconnected to the previous book, in that Antonia Fraser is a fellow alumna of my own college there. Having been attracted by its cover and the setting of the story, I had acquired a copy of what I then saw described on its cover as ‘grown-up chick-lit’, not my usual genre of choice. After I Left You was a quick and easy read and enjoyable enough but it didn’t leave me with that longing to know what happened next or to read anything else written by the same author, things that for me are the hallmarks of a really good read. The story of a student romance that ended badly and of tragedy that overshadowed the main character’s succeeding years, it had a predictable ending, albeit a satisfyingly happy one for a reader who rather likes things to work out well. 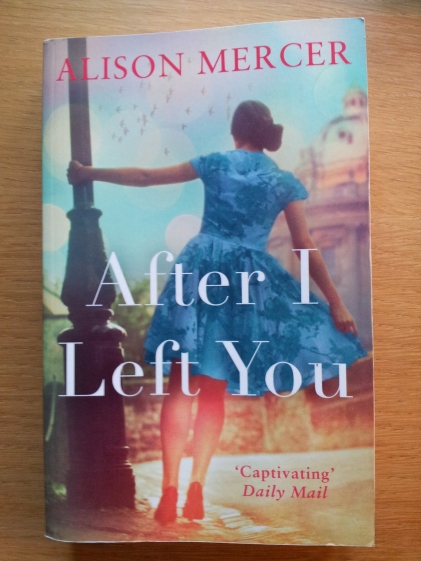 Turning to something altogether more literary, I picked up a recent charity bookshop find by Melvyn Bragg. It was with a slight sense of deja vu that I read A Son of War – and I have yet to discover whether this is because I had at some point read the preceding novel, The Soldier’s Return, or, rather more worrying, had actually read this book before. Either way, it confirmed for me just how much I enjoy Bragg’s writing and having read his Grace and Mary within the last year and The Maid of Buttermere some years ago, I have been encouraged to seek out more of his books – and especially the sequel to A Son of War to find out how the family fares as the mid-twentieth century advances.

My final holiday book – a longer read and the sort of book that might well have taken me months of bedtime reading to complete under normal circumstances – was Desert Queen, a friend’s recommendation. It brought me back to non-fiction and combined some extremely fascinating history with some very topical issues. The story of Gertrude Bell – yet another fellow alumna as it turns out, being among the very first female students back in the late-nineteenth century – much of it was set in the troubled Middle East in the period before and after the First World War. Gertrude was a pioneer in many respects and she worked with men whose names have become familiar to students of British and Arab history, including T E Lawrence. There were elements of her story that reminded me of the latter period, half a century earlier, in the life of Jane Digby, as recounted in A Scandalous Life by Mary S Lovell. However, Gertrude never married; she dedicated her life to the service of the British Empire but displayed a great sensitivity for the peoples of Arabia, getting to know many of their leaders well and seeking, not with lasting success, as is all too evident today, to advise British and other European politicians on the best way to settle the disputes that arose between the imperial powers and the many and varied local tribes whose lands were being carved up, portioned out and fought over, often because of their resources of oil. Gertrude’s life story could be read as a record of how at least some people try to do foreign policy well, but she was repeatedly thwarted by others and sidelined because of her gender, and in the end I think this is instead a rather salutary account of just how much can and will go wrong when outsiders interfere in the running of other nations. I probably would not have much liked the outspoken and chain-smoking Gertrude, but I admire what she tried to do and her story should be read by all of today’s politicians who think that they know what should happen in Syria or Iraq.

We packed a great deal of walking and sightseeing into our fascinating journey, and thoroughly enjoyed our time on the Atlantic islands of St Helena and Ascension and as I look back on memorable experiences, interesting people, amazing landscapes and delicious meals I will also remember some good reads.